The History of the Palms Hotel in Key West

The Palms Hotel, as she has been named since 1993, originally was built as 2 separate homes as 820 and 822 White St. The 3 homes shown in the painting below by David Harrison Wright circa 1993, shows what was at one time, all owned by one of Key West’s Prominent Families – The Williams. 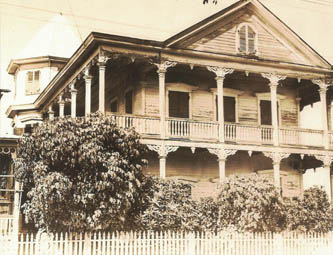 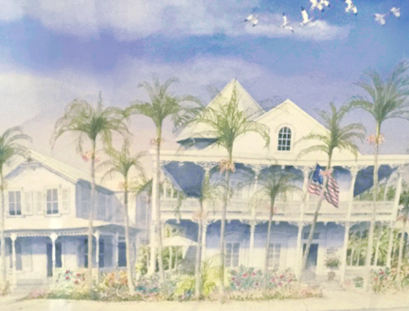 Built around 1880, the beautiful mansions were spared no expense when built and furnished.  John Sherman Williams, A.K.A “Pappa Jack" (1852 – 1942) was born in Apalachicola, Florida, and migrated south to Key West at an early age. It was here in Key West that he met his wife, a local named Rosalie Susan Almeda (1856 – 1932)

After they were married, he became a very successful young man and went on to earn a good living from several different career paths. He became a prosperous owner when he purchased and operated “Jack Wilson's Saloon" on the waterfront, just down the street from the busy “Curry & Son's” shipyard on Front and Simonton streets. The shipyard location would later become the Coca Cola building and now is the Key West Legal Rum Distillery.